"...The traditional owners of the Murray Mouth are Aboriginal Australians - the Ngarrindjeri people. When writing of their land affiliation, Diane Bell says All the evidence points to the Murray mouth region as a shifting complex of clans, sites, resources and stories. This is where the river, their lifeblood, enters the sea; where ngatji [totems] proliferate;... (Bell, 1998). The Murray mouth area, the place where the mixing of the waters occurs, is culturally and spiritually very important to the Ngarrindjeri, and fundamental to their health (Hemming, 2002).

The first recorded European sighting of the Murray mouth was by Charles Sturt on 9 February 1830. Sturt was disappointed that the mouth did not appear to be readily navigable, writing our fears of the impracticability and inutility of the channel of communication between the lake and the ocean are confirmed (Sturt, 1833: v.II, ch.VI). Sturt's fears were to be echoed by the colonists that followed. In 1876, William Harcus wrote, The one drawback to this noble stream is the difficulty and danger of exit and entrance through its mouth. The Murray mouth has been a standing difficulty and disappointment to the Colony. It is continually shifting, silting up in one channel and opening out another. It is exposed to the full sweep of the gigantic waves of the Southern Ocean (Harcus, 1876)." 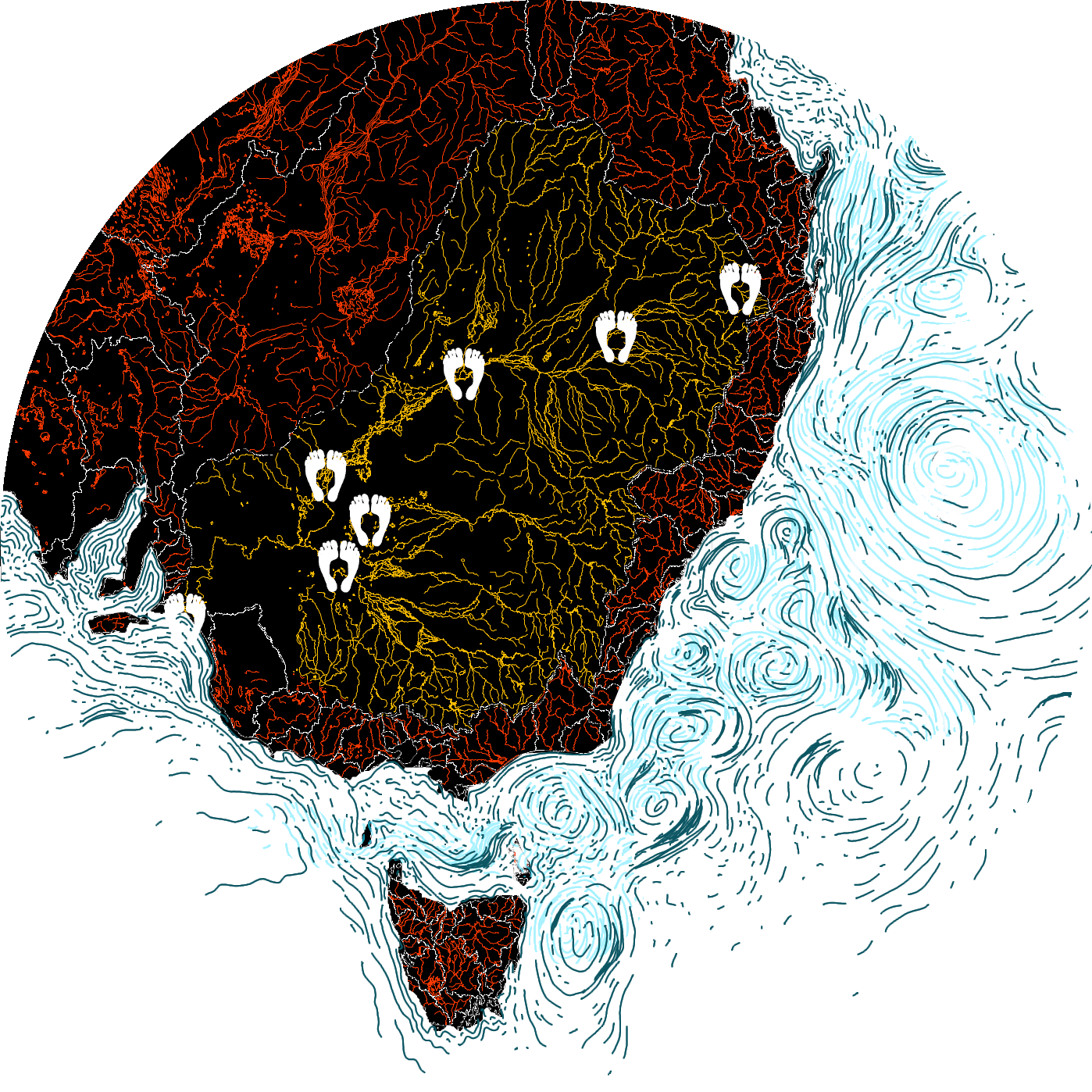