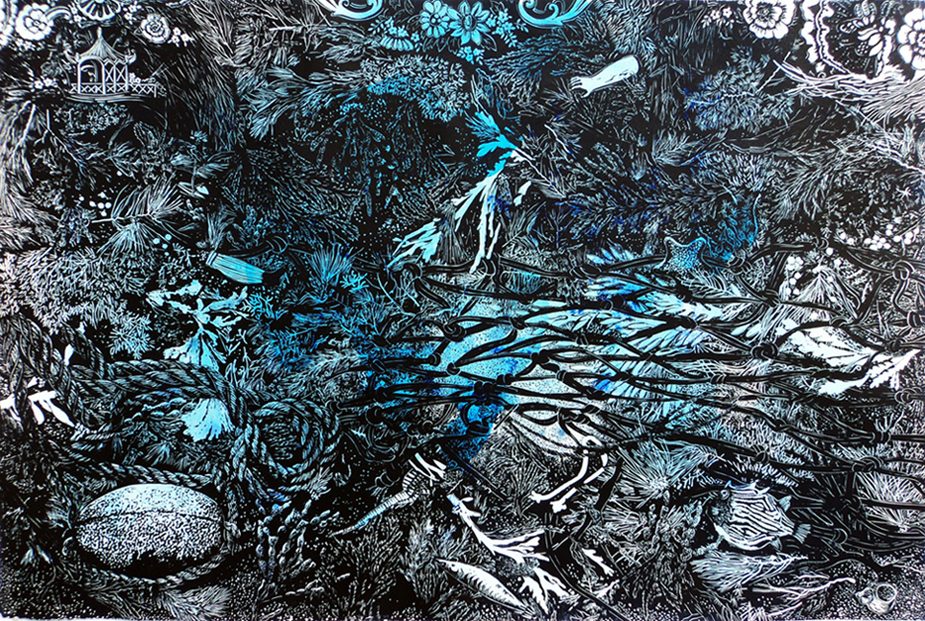 "...The sea is in my blood. I always feel at home with the sea and its salt laden atmosphere - as a swimmer, surfer, scuba diver, snorkeler, beach wanderer, and as such I am an environmental advocate for the preservation of coastal landscapes and its flora and fauna.

The Port Campbell coastal interface with the Great Southern Ocean has been central to my life since 1972 and engages in my art practice in the Drowning series of linocuts which investigate ancestral memories, female identity and body imaging - the displacement and migratory voyage to Australia by ancestors, and the small precious decorative items which accompanied them epitomising these women's hopes, fears, and fates.

Southern Ocean Wrack is part of this series and explores both past and current social and environmental patterns. Fragments of a blue and white pattern plate and a doll's leg and arm from the 1878 Loch Ard shipwreck is a reminder of the disasters that can accompany migration. While a tangle of contemporary plastic discarded ropes, buoys and fishing gear, and storm tossed sea weeds and fish refers to the current environmental tragedy."