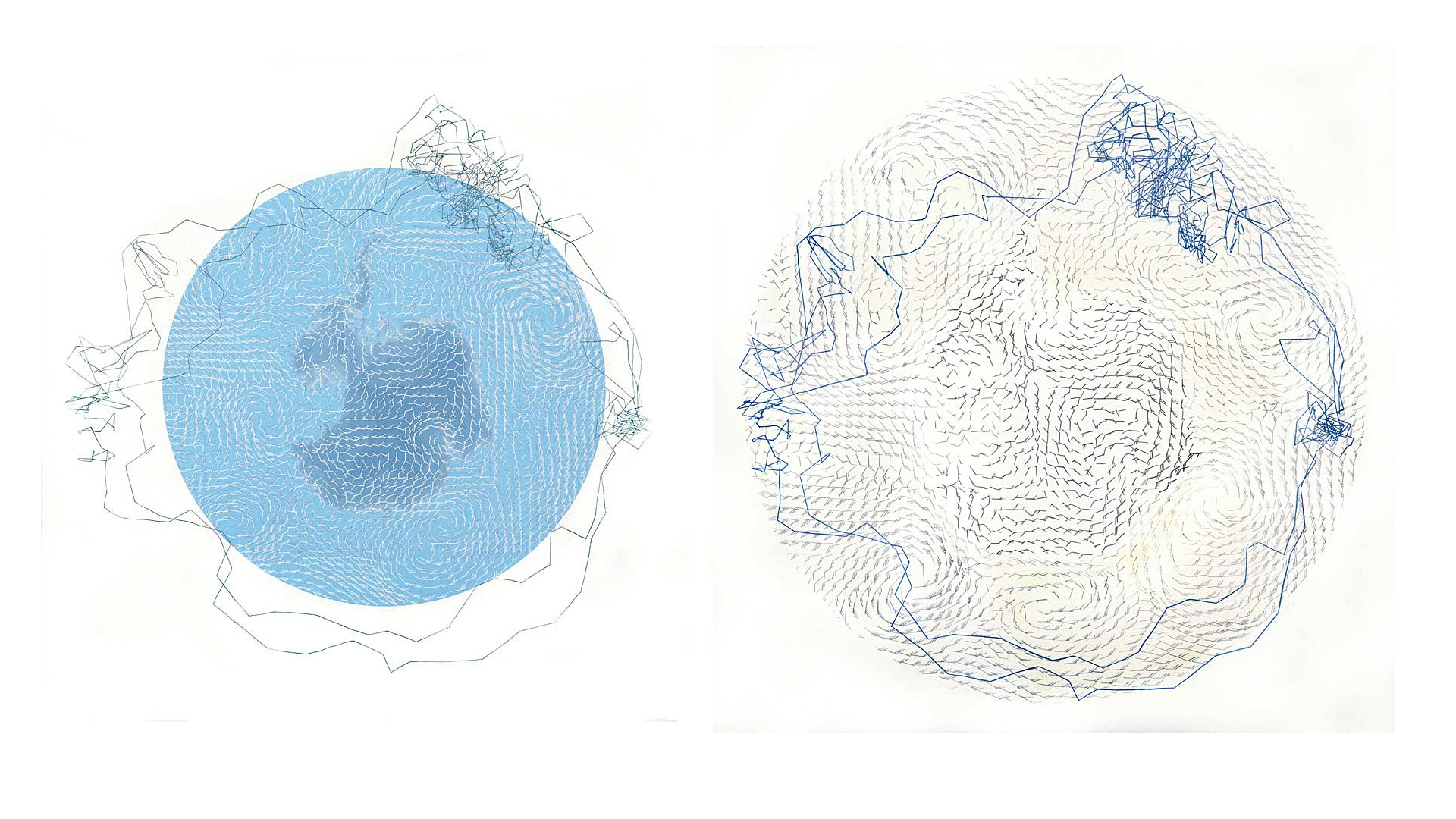 "...The images represent one day of wind over Antarctica together with the 18 months circumpolar flight of a tagged albatross.

There is a correlation between the spiralling winds over Antarctica and the circumpolar current. Both are generated by warm water and wind interacting with cold polar winds and water. Where the two meet is all the life in the Southern ocean, from Krill through to whales. This circumpolar current is one of the driving forces of our climate on the planet. It is Complexity Theory made manifest. As the ice sheets melt and the water temperatures change this could spell big changes in weather systems on the planet. It may already be helping to fan forest fires in Australia and El Nino events in the Americas.

On my way to Antarctica on the James Clark Ross, albatrosses were wheeling about the ship. I asked the Met Officer on board, also bound for the base at Rothera, if he could give me a wind and pressure chart, plus a satellite image for each day I spent South. The idea for these pieces came from that information, together with the map of the flight of a tagged albatross, which was given to me by a biologist at the British Antarctic Survey in Cambridge. The albatross spends its entire life on the wing, skimming the wave tops. The tangled cluster of blue lines at 1.00 pm is South Georgia where these birds nest and feed their young. Tasmania is due South."